Without question, this summer has been a challenging one for golf course maintenance. Between May 1 and September 30, 49 inches of rain fell on the Copperleaf property with most of it in the afternoon.

The result of all of this rain has both positive and negative impacts. Our turf grass has remained green and healthy and our pump station and irrigation system have remained relatively unused for months. In fact, in August, we used our lowest amount of irrigation water; 2.8 million gallons (90,000 gallons per day) and received our lowest FPL bill, $600 in the Club's history. It's not surprising to see this data considering there were only 5 days of no recorded rain in August.

These rain events have kept our lake levels full; however, they have delayed the construction of the rock wall on hole 15, scheduled to have been completed in July, until June of 2014.


Despite the rain; there were many projects completed throughout the property including the elimination of several bunkers, new plantings and some comprehensive cultural practices.

The cultural practices carried out this year have included some aggressive verti-cutting of fairways followed by 4 applications of sand to help promote healthy turf, improved ball roll and improved drainage. 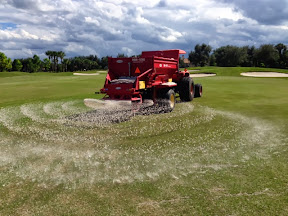 Another, more extreme practice carried out this year on our fairways was the contracting of a machine called "Big Daddy". This machine weighs over 6,000 pounds and has blades over 7 inches long to penetrate deep into the soil and relieve the compaction caused by over 40,000 rounds of golf each year.


There were areas on certain holes where even "Big Daddy" was lifted into the air due to buried rocks just below the surface. Another machine was used to break the rocks, this time called "The Beast". Incredibly, even this machine with its 8 inch solid tines, almost as thick as your forearm, had issues in certain areas. A great thanks to Jim Miller with Aerification Plus with their help this year.


All of this worked helped immensely with the rain events witnessed this year. There were several times where over 3 inches of rain would fall within a 24 hour period causing extremely wet conditions. 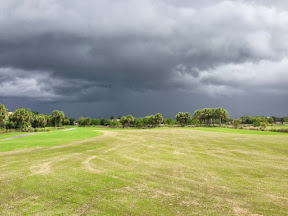 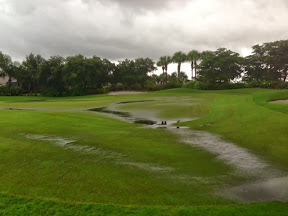 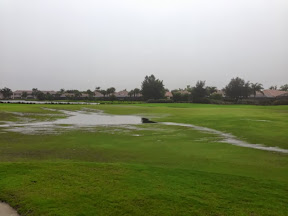 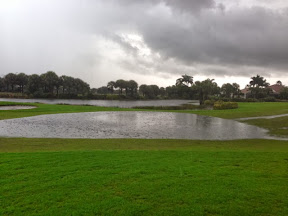 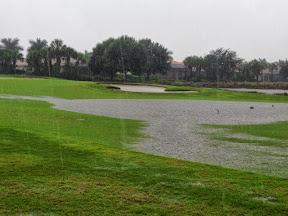 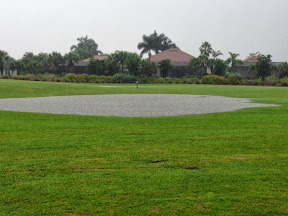 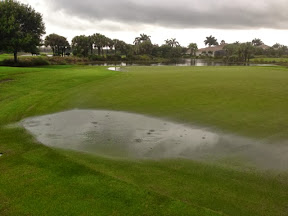 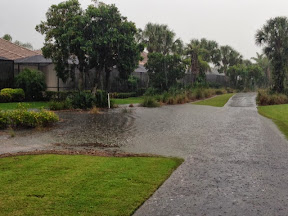 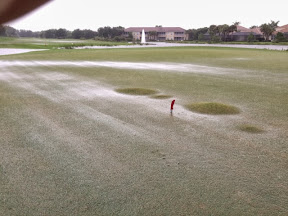 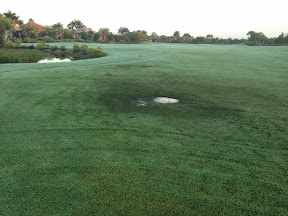 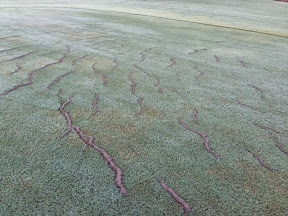 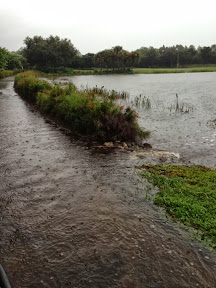 I can't thank the staff of the maintenance department enough. They have worked tirelessly throughout the summer and have taken great pride in presenting the golf course to the highest level possible on a daily basis. Please thank them as you see them on the course.

Location:Copperleaf Golf Club
Posted by Copperleaf GC Maintenance at 9:26 AM No comments: